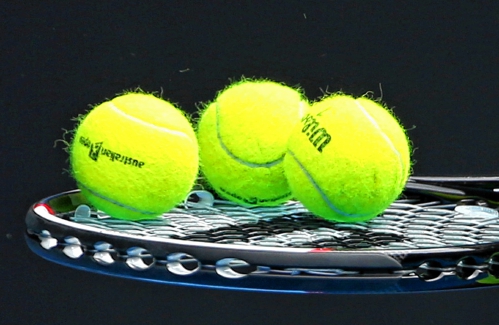 But after the Brainerd freshman singles player won the first set in his true second-place match in the Section 8-2A individual tournament it was hard not to. He was one set away from state.

“I was focusing point for point, but when I won the first set I did start thinking about it a little,” he said. “I did try and block it out, but as I got closer to the finish line it started to creep in with the nerves.”

Moraghan’s match ended up going to a tiebreaker where he finally won 6-4, 7-6 (5) against Becker’s Zach Bengtson to reach the state tournament.

“It was definitely tough because going into the tiebreaking set in the true second-place match I had already served for the match twice,” he said. “I just had to concentrate on the ball and not think about what this point would mean. Just play each point and not get too far ahead of myself. ”

The win brought him more relief than anything.

“I was happy, but just really relieved that it was over and I had done it,” Moraghan said. “I was proud of myself that I had fought as hard as I could and all that hard work paid off. Not having a season last year was a bummer and made me enjoy this season even more.

“I just wanted to play more consistently. When you get into a tiebreaker every point matters. You don’t want to make silly errors because that could end up costing you the set. ”

“You couldn’t tell if it was match point or first point because he was very constant throughout the whole match,” Fussy said. “He doesn’t show emotion. He has a very good poker face. As a freshman, he is very mature beyond his years. ”

Fussy admitted to tearing up after Moraghan won the true second-place match.

“He’s such a worker and has a strong work ethic,” Fussy said. “He’s such a humble athlete and I couldn’t be happier for him.”

Moraghan will go against Joshua Christensen of Century High School in the first round of the Class 2A state individual singles tournament 8 am Thursday, June 10, at Prior Lake High School.

His strategy is unlikely to change from the one he used in sections. Moraghan’s record stands at 19-12 headed into state.

“My strategy throughout the whole tournament was to just play my game,” Moraghan said. “I wanted to play the way I wanted to and not have my opponent play their game. That’s when I feel like I am at my best – when I am able to control the points and keep the ball deep. ”

“It’ll be fun to compete against players of a high level,” he said. “It’s going to be the best players in the state and I just want to enjoy myself there.”

On the court, Moraghan likes the baseline and can hit shots that put his opponent off balance.

“It’s hard to play him because if you think you have a good shot and come up to the net you have to make sure it’s out of Matt’s range because he is going to hit a passing shot on you,” Fussy said. “He has the total package. He has a strong baseline game. His approach shots and his volleys are coming along. ”

The pressure of going to state as a freshman doesn’t get to Moraghan.

“I’ve already accomplished that goal and I have three more years left to do it,” he said.

Moraghan is used to having pressure on him since he was moved to Brainerd’s No. 1 singles player mid-season.

“When I first got moved up to No. 1 singles there was a little bit of pressure, but I think I settled in pretty quickly and realized that I was being put where I could compete at a high level,” he said. “The pressure at the individual level was a lot higher because I played in a lot of matches where if I lost I’m out of the tournament.”

Fussy thinks Moraghan playing No. 1 singles has him ready for the challenges of playing the state’s best.

“I think it was really good preparation for the pressure he is going to have playing at state,” Fussy said. “He just got better with each match. He is a very intelligent kid and matches his opponent’s play very well. ”

James Much has always dreamed of getting to state.

The Aitkin senior’s dreams will become a reality Thursday, June 10, when he faces Clayton Haberman of Breck High School at 8 am at St. Cloud Tech High School in the Class 1A State Singles Tournament.

“Ever since I started playing varsity in the eighth grade I’ve wanted to get to state,” Much said. “My eighth grade year we had a few guys who were a hair away, so it’s always been something I’ve wanted to achieve. The fact that I am even there is the best part of it. ”

Much has been practicing with former Aitkin tennis player Joel Fremling who is currently a member of the University of Northwestern, St. Paul tennis team to prepare.

“Just trying my best to work on strategy and the fine points of my game,” Much said. “Anything I can change up before heading to state that will help me go far.”

Playing early in the morning isn’t a concern for Much because he has not gotten out of his school routine yet.

“(8 am) doesn’t feel too bad,” Much said. “I think we are going to have a hotel the night before so we won’t have to wake up at 5 am to drive down. Playing that early can be very challenging for a lot of players, but I’ve been practicing for that. ”

One thing that will help Much according to Aitkin head coach Jen Waldorf is his poise.

“He is frustrating for opponents to play because a lot of times when you play tennis you feed off your opponent’s emotions,” Waldorf said. “James is tough because you can’t tell if he’s frustrated inside or happy or calm.”

Waldorf thinks Much has the right attitude headed into state. Much holds a 12-10 record with 43 career wins as he goes to state.

“He’s just a great guy and always has been,” Waldorf said. “He’s easy to talk to, easy to coach and we want the same things. We want to be a great representation of Aitkin tennis and have fun. ”

Much is delighted to finish his tennis career reaching state and hopes it will draw more attention to Aitkin’s tennis program, but his main focus is having a good time.

“I play my best when I’m relaxed and not taking things too seriously,” he said. “But also playing competitively and playing to win.”

Where: Prior Lake High School 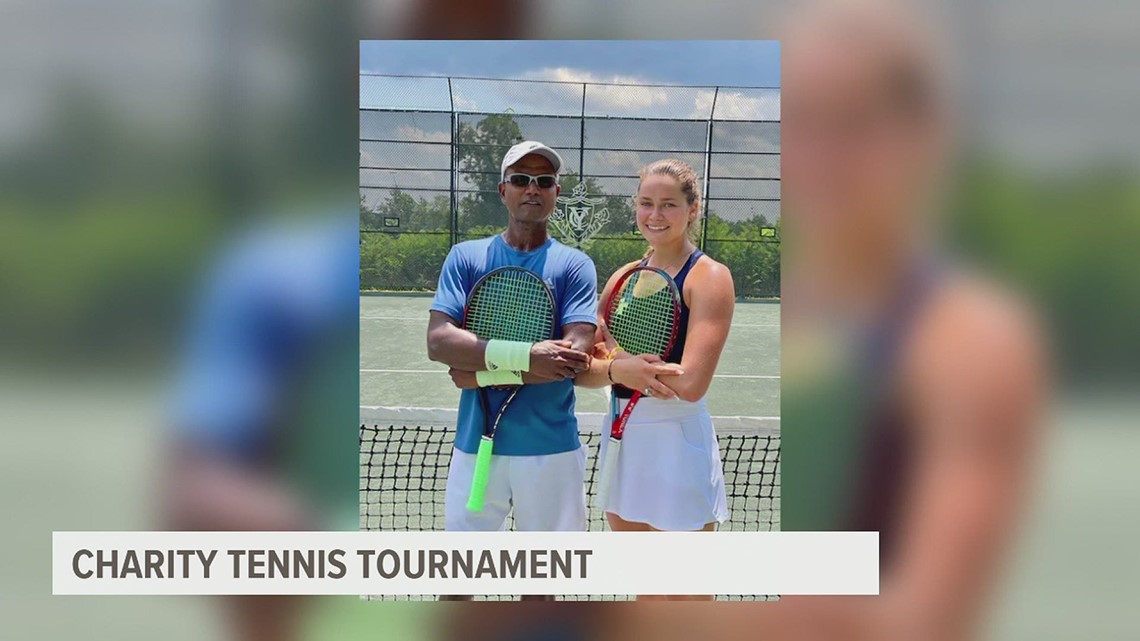 Organizers raised $ 65,000 from the tournament which will benefit the York Opioid Collaborative to …