There has been a lot of talk lately about player well-being and concussions in rugby.

Things change over time with research and evidence and it takes some time to put the details together.

Sometimes you don’t know the impact on a player’s health until later in life.

You have to remember that this is a very different game now than it was 20 or 30 years ago.

It’s a lot cleaner in a way now. You no longer see the punches going through the scrum or the players kicked over the head to the ground, which was the reality of things in the 1970s.

But what you have now is a different style of play in terms of collisions.

When I was in school in the 1980s, where I was taking rugby lessons for the first time, your gym teacher taught you that you run on the player and try to run around him, sideways , dummy, pass, lead stroke or engage it in the tackle just before passing.

This is how the game was trained and played.

Today you are trained to either run straight towards that player or use the pick and go tactic until you find your way above the win line or try line.

There has been a great influence from the rugby league, both in defense and attack.

You may be seeing the effects of this style of play now with players getting bigger and stronger. Collisions are bigger now than they’ve ever been.

When you umpire these high intensity professional rugby matches, the physique and the crashes are huge.

I remember refereeing South Africa-New Zealand a few years ago, England-France, some of those Leinster-Munster, Ospreys-Scarlets derbies, the tackles and hits in those matches are huge.

I think the game is at a crossroads right now in terms of what needs to be done to try to get away from the head-on collisions, which you see a lot.

We teach people to meet players, maybe we have to start trying to beat a player again.

Awareness has certainly been awakened with regard to head trauma.

I remember about 10 to 12 years ago we had a meeting with the head of the medical sector in Australia where he was reviewing the new protocol for HIAs.

It was something totally new to us.

You have to understand that rugby is a physical sport. It always has been and always will be, unless you want it to change and become a whole different game.

It will always be an impact sport, but what you want to do is try to reduce head-on collisions and start trying to beat men again rather than going through them or through them.

We need to make the game as safe as possible while remembering that this is a collision sport.

To be fair to the powers that be, they follow medical advice and put in place protocols that anyone showing signs of concussion is removed from the field.

World Rugby and the national governing bodies are doing everything possible to make this wonderful physical sport that we love as safe as possible.

I have officiated matches where a doctor has told a player to retire and the player says “no, I’m not leaving, I’m fine”.

On some occasions I intervened and told the player that if the doctor advises to leave, then you leave.

The referee has the final say at the end of the day. He can make a call for safety reasons if he feels a player looks shaking on his feet.

I remember saying to a player “this game won’t start again until you leave the field”.

There must also be a sense of responsibility with the player.

If they receive all medical advice, the player must follow it.

In a game last season, I saw Tom Rogers of the Scarlets fight the Dragons.

He was on his knees and he was like ‘Nigel, I had a hell of a blow to the head’.

So I called the doctors to come and Tom walked out of the field.

This player took possession and responsibility, saying he was dizzy and needed to go.

Players should follow medical advice because they are there for a reason.

But I refereed a few games where I saw players refuse to leave, telling the doctor they were okay, and the doctors said “you’re not doing well, we can see from the way you run you are not well “.

You attend classes and conferences to be aware of what is going on.

There have been times I’ve seen a player get hit on the head and he’s cold, so I’ll tell the medics that when they come in and take him off the pitch immediately.

Everyone has to be a part of player safety because it is so important.

You should follow the advice of professionals whose job it is to provide medical advice.

Maybe we need to look at the number of games players are playing and I would like to see some adjustments in the laws to reduce the number of collisions.

One of them would be to reduce the number of replacements.

I have been saying this for quite a few years now for various reasons.

This would free up more players to play at the lower level and it would mean that players are carrying less kilos of muscle, in order to play 80 minutes of rugby instead of 50.

This would then reduce the magnitude of collisions.

Like I said, the game is at a real crossroads. We have a lot of data and research to turn to and now it’s everyone’s buy-in to keep players safe, which is absolutely paramount. 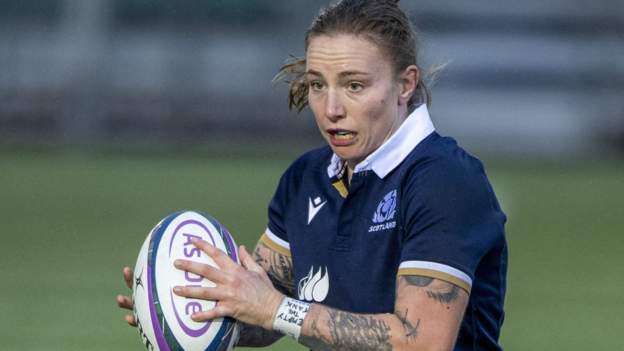